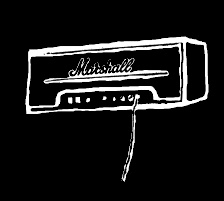 I am a trustee of the Forward 4 wiz Trust. A charity set up after the tragic death of my friend and bandmate Wiz.

Darren ‘Wiz’ Brown was a singer-songwriter with an intense passion for sound. Fronting the successful globe-trotting Mega City Four, he went on to write and play with Therapy? and Canada’s Doughboys, to name but a few. In the late 90s Wiz formed Serpico, and then Ipanema, achieving international acclaim for the powerful and heartfelt rock music he wrote. 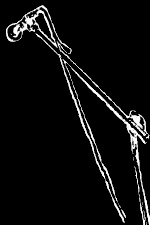 On 6th December 2006, Wiz tragically passed away after collapsing at a band rehearsal, suffering a haemorrhage on the brain stem. He played, wrote and aspired to the last.

The Forward 4 Wiz trust was set up in April 07 in memory of Wiz’s inspirational approach to music and to life. Always striving forward, the trust has taken Wiz’s attitude and applied it to what he loved most. New music. 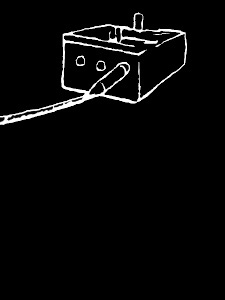 The aims of the trust are to assist, mentor and educate musicians to further themselves, both in writing and promotional terms, to inspire to aspire. f4Wt aims to do this in several ways; educate musicians in ways of promotion and good practice, mentor through the minefields of a musical career, from recording a demo, getting gigs and rehearsal rooms to record deals, touring, and the pitfalls of legalities. The trust also aims to financially assist needy musicians and bands where it’s needed most, at grassroots.

iz wanted to change the world for the better, the trust is just continuing that story…

The trust exists to provide advice and support to bands and individual artists, by way of mentoring and training and some financial contribution where it’s needed most.

You can find out more about the f4Wt here.